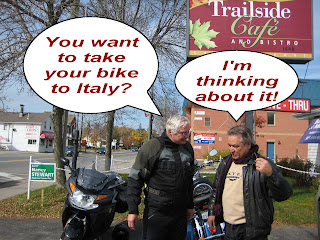 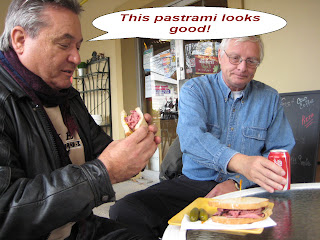 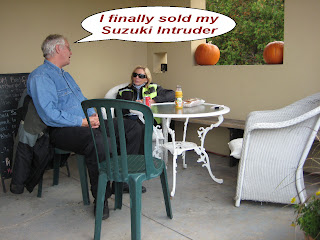 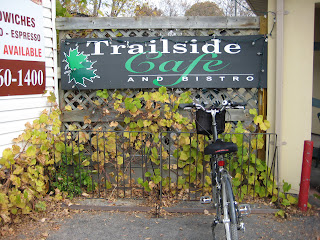 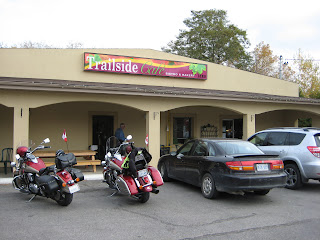 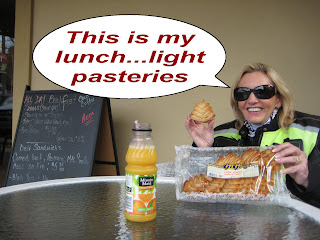 This morning, turned on the TV and checked the weather network
Possible T-storms in Windsor and rain coming up from the south
Hmmm...I guess today a ride to the north is warranted
Met with Mark Taylor followed by Matt D at Timmy's in Oakville
Chatted about the extreme presence of boys in blue issuing "gift certificates" this weekend etc
Finally Lynn cracked "You going to chat like a bunch of old ladies or we going to ride?"
We quickly saddled up, but Matt had to fuel and then we headed north on Ford Dr by11am
As we approached Glen Williams we could see the clouds breaking and streaks of blue appearing...YeeeeHaaa!
In Glen Williams picked up 10th Line which turned into a dirt road...arrrgh!
Eventually we found tarmac and headed towards Olde Base Line
At the stop sign of Creditview and Olde Base Line we noticed a lot of car traffic and many cars parked or trying to park at the side of the road
As we executed our right turn we saw a sea of cars already parked on the shoulder and pedestrians walking along the road towards the red soil of the Badlands
Holy Moly! It's an invasion of snap happy Asians all over the place with cameras...Yikes!
Kept riding along Olde Base Line and then made a left on Airport Rd into Caledon for a pit-stop at Trailside Cafe
The temps had warmed up so we sat outside, chatted and enjoyed the weather
Afterwards, Matt decide to head towards his sisters place in Brampton while Mark motored home
Lynn and I decided to carry on and head north to Patterson Rd
The plan was to work our way over to Hwy 27 and then head south
Cruising down 27 we decided to pop in to see Freddy & Kim...but they were just on his way out for a family venue...Bye Bye Freddy! Bye Bye Kim!
So, we shot down 27 and then decided to pop by and see what Andy's up to in Meadowvale West
When we pulled up, he was just finishing his chores cleaning up his paint brushes and emptying his hot tub
Chatted for a while and then headed home
Made it just in time before it started to shower...Whew!
Well, it turned out to another great day and a FaNTaSTiC long weekend for riding...YeeeeeHaaaa!