Disappointingly, the "Kissing Bridge" was closed (likely having it's lips plumped) but that's OK cause it was a fine day for riding.

After Elora Tony and Jody escorted us through the heart of Guelph where I have an interest in a commercial space. 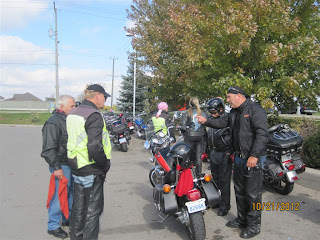 Great town and lots of charm...BTW, on our way back home Kim and I found ourselves behind a group of
Harley's. As I pull up to the stop, I realized it's the same group from this morning at the Tim's. 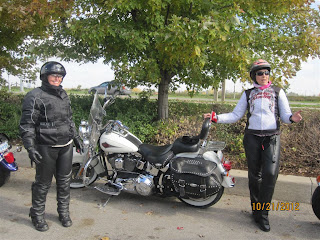 (hope they found Horace?). Anyhow, we were easbound on Old School Rd at Airport Rd where it jogs right followed
by a quick left, one of the riders leaned it over too far and dropped the bike in the turn and left a nice 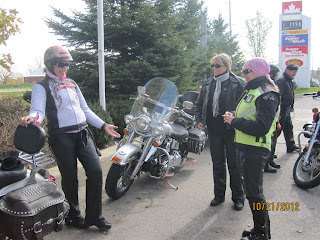 deep peg scrape in the pavement. I was behind and quickly pulled in front to warn oncoming traffic.

At this point several riders from his group had come to help him lift the bike. No real injuries,other than his pride. 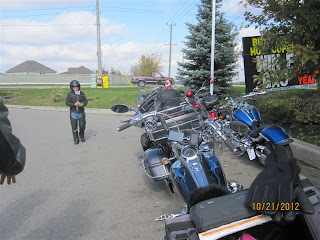 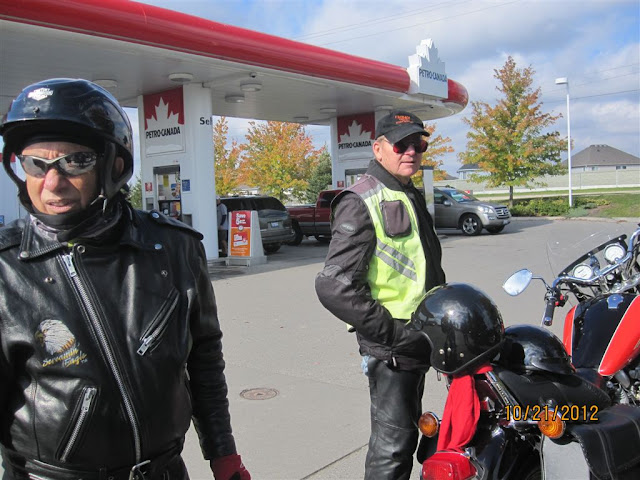