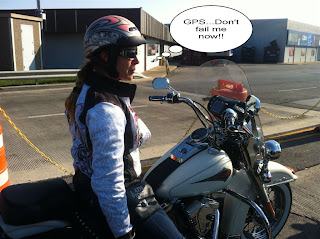 -Under sunny skies a group of six undertook the first annual Dinosaur BBQ run to Rochester NY..
-At the Tim's, Peter told some tall tales from his 10,000 mile western escapade.(we're still waiting on the hard copy)
e.g In order to breathe at 14,000 ft you need to take 20 tums before riding Pikes Peak in Colorado. 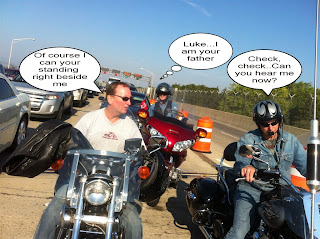 - Bruce has a new Cobra CB compliments of Flying J incl a headset and push to talk..Sound is crystal clear I might add
- very few gas stations along the Seaway trail..Note to self -gas at Lewiston next time 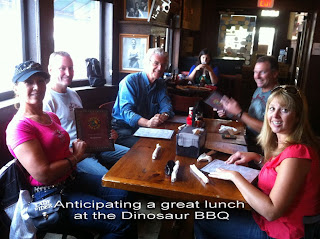 -Donna did a masterful job guiding us along the Seaway trail,despite her GPS shutting off..
- My GPS worked flawlessly but I still got us lost
- It was agreed the food at the Dinosaur BBQ was awesome 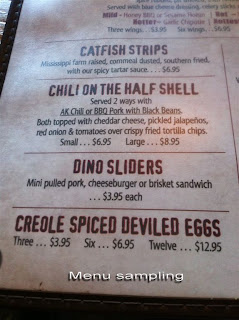 - Russ the waiter was a very far leaning right wing Republican and voiced his political views( I think he's one of those undercover boss's)
- The ride was a big success!!
The End... 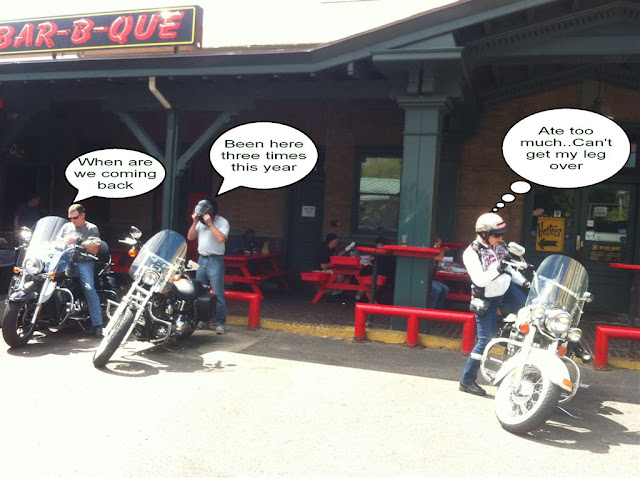 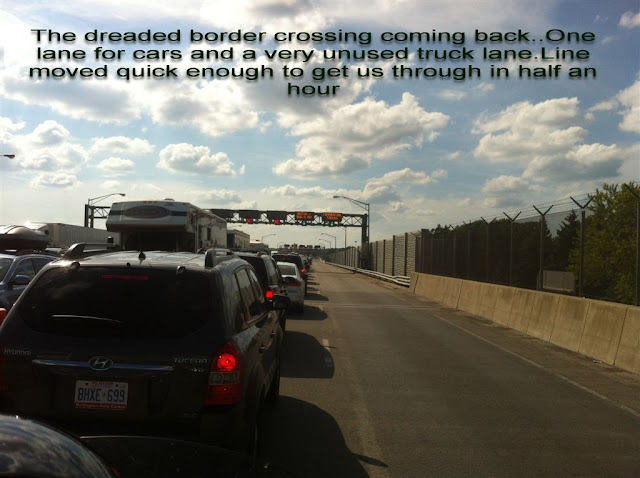 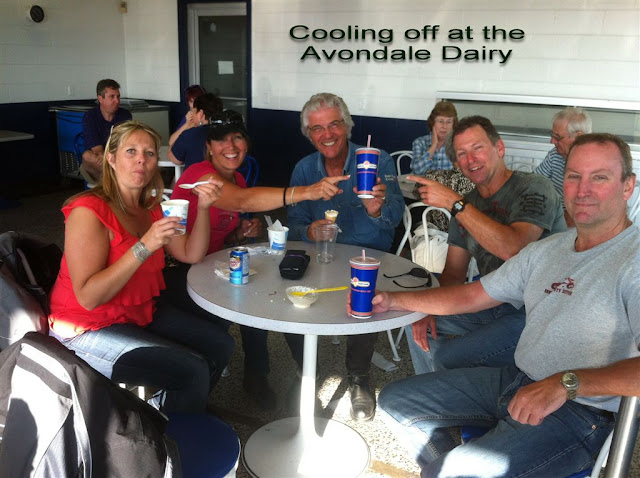